← more from
The Swamp Records
Get fresh music recommendations delivered to your inbox every Friday.
We've updated our Terms of Use. You can review the changes here.

Bard's Woman in the Cool of the Summer Breeze 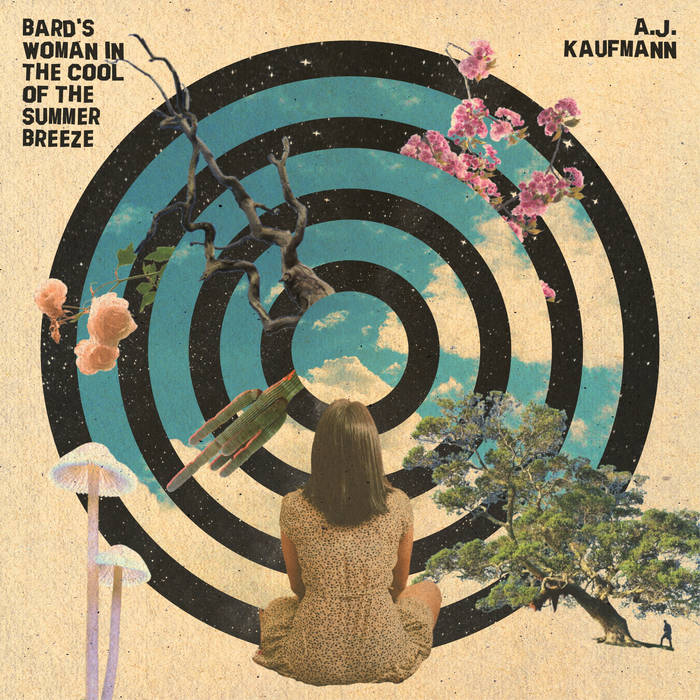 Lost in the Oblivion

"This is couch-bound cosmic bliss." (It's Psychedelic Baby).

"Adam Majdecki-Janicki, better known as A.J. Kaufmann is an underground Polish psychedelic musician and poet that can’t be pigeonholed. His music dips into folk, noise, hard punk and electronic zones, all with a hefty amount of German kosmische influence. With more than 100 recordings under his belt, including the great Stoned Gypsy Wanderer, of which I reviewed its vinyl release on Ramble Records, he’s a creative force that can’t be slowed down." (Keith Hadad, Record Crates United).

"A.J. Kaufmann is a Polish Poet and Musician working in the DIY underground scene. He has written and recorded over 100 albums in the last 10 years – the majority of those were solo albums while the rest were side-projects and collaborations with various bands and individuals around the world. His music is difficult to pigeon-hole into a specific genre but seems to dance around different styles of music from folk, psychedelic, punk, noise, electronic, and industrial to the ever present kosmische sound." (Justin Jackley, It's Psychedelic Baby).

"This is the album where you can make yourself a cup of coffee, light up something special, and let yourself zone out to the reverberated guitars and psychedelic aesthetic." (Lars Haur, On The Fringes of Sounds).

"Akin to sitting in on a 60s hippy love fest, all that is missing is Ravi Shankar and a shedload of pot." (Reza MIlls, The Sleeping Shaman).

"At times Kaufmann conjures up the weird acid folk stylings of the likes of Perry Leopold, while at others, he rocks out with a surreal and macabre atmosphere, like Robyn Hitchcock or The Dukes of Stratosphear. " (Keith Hadad, Record Crates United).

"A.J. Kaufmann has a great voice which works so well with his music, and his lyrics are pure poetry. His music really is everything you could ask for in psych rock: groovy tunes, catchy vocals, and deep lyrics." (Fuzzy Cracklins).

"I was introduced to the music of Polish musician, songwriter and poet A.J. Kaufmann in 2013 through Sauer Adler, his duo project with Kacper Wojaczek. I was impressed with their lo-fi yet rich and robust brand of 60s inspired Psychedelia, Prog-Psych and Folk-Psych, and their The Trips and Dreams of Stephen Adler album released earlier this year demonstrated a knack for fine songwriting and impressive instrumental arrangements." (Jerry Kranitz, Aural Innovations).

"Globetrotter" and "King of Kreuzberg" produced and arranged by Blessed Studio, Indonesia.

"Little Whip" featuring the talents of Matthias am Klavier. (Germany)

"Aurora", "Harry Haller", "With the Sun in Your Belly", and "Patricia" featuring the talents of Sound Animal. (USA)

"Bard's Woman in the Cool of the Summer Breeze" CD out now on THE SWAMP RECORDS!

Bandcamp Daily  your guide to the world of Bandcamp